With The Square, Palme d’or in 2017, then today Triangle of Sadness (Without filter), Ruben Östlund joins the closed club of directors who have won two Palmes d’or, a second award that is not unanimous. In addition, the French Claire Denis received a grand prize ex-aequo with the Belgian Lukas Dhont, the first having seen her film reviled by the critics and the second acclaimed. Weird.

The social parable of Triangle of Sadness undoubtedly seduced the president of the jury Vincent Lindon. The film tells the sinking of a luxury cruise whose rich survivors and some servants take refuge on an island. Class relations are then reversed, seeing the person in charge of cleaning the yacht’s toilets take command of the survivors.

If Ruben Östlund is always effective in his staging, his script is all the same a little rough to denounce the rivalries between social classes which one does not stop saying that they are widening. Reducer.

If the critics often disagree with the winners of the Cannes Film Festival, the divorce is obvious in the Grand Prix awarded ex-aequo to stars at midnight of the French Claire Denis and to Close Belgian Lukas Duhont. The first saw her film reviled at Cannes by unanimous critics, and the second praised by her.

It is obviously not a question here of questioning the decision of the jury, compared to the criticism which has no say, but simply of pointing out a schism which has rarely been so obvious, if not violent.

This 75th Cannes Film Festival is marked by the second ex-aequo of this list, which is hesitant to say the least, concerning the Jury Prize. The jurors did not decide The Eight Mountains Belgian directors Charlotte Vandermeersch and Felix Van Groeningen, and Hi Han by the Polish Jerzy Skolimowski.

The first deals with the deep friendship between an urbanite and a mountain dweller, the second with the tragic fate of a donkey. Whether The Eight Mountains is inhabited by splendid images of the Aosta Valley, its environmental metaphor is a bit simplistic. Hi Han, defending the animal cause, shines with its breathtaking staging at all times, and a rare inventiveness on a sensitive topical subject. The choice was not difficult to make. 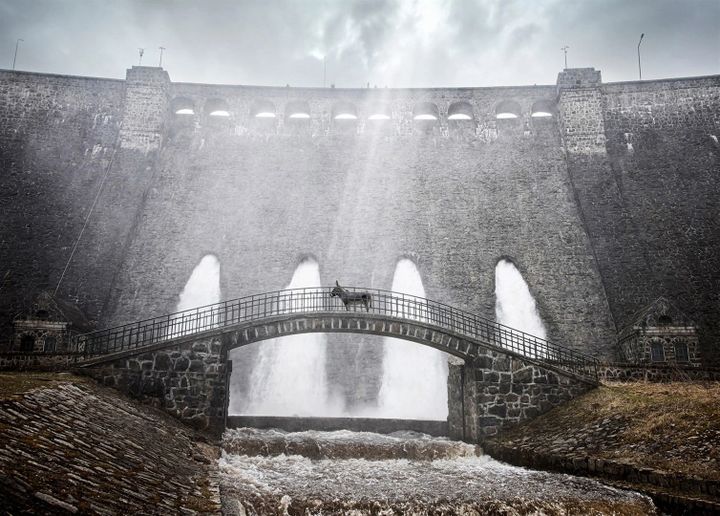 The prize for directing awarded to South Korean Park Chan-Wook is completely justified. Whether Decision to Leave is an exercise in style around film noir and the emblematic character of the femme fatale, the elegance of the film is in each shot, its sets and its costumes. The choice of a complex construction at leisure is also referential to the genre, to which the film pays homage with tact.

Grand prize in 2004 for old boythen Jury Prize in 2009 with Thirst, this is my bloodand now therefore, staging price for Decision to Leave : when will the Palme d’or for Park Chan-Wook be awarded?

The crowning of the Dardenne brothers with a special Prize

The social fiber of President Vincent Lindon must have weighed in the balance for the brothers Luc and Jean-Pierre Dardenne to be awarded the Special Prize of the 75th Cannes Film Festival for Tori and Lokita.

The tragic story of two Beninese immigrant minors in Brussels, the film is in line with the Belgian duo’s social theme and, as always, extremely sensitive and accurate.

The main actor of lucky stars (Broken) by Hirokazu Kore-eda, Song Kan-Ho has come to Cannes more than once and was a member of the jury in 2021. He is remarkable at each of his performances and loved by an audience that is loyal to him.

All the spectators remember his splendid interpretation in Parasite by Bong Joon Ho, Palme d’or 2019. That a Korean actor manages to be recognized by a Western audience is already a performance in itself!

Famous actress in Iran, Zar Amir Ebrahimi, was crowned with the Best Actress Award for her performance in Nights of Mashhad (Holly Spider), the remarkable political thriller from Swedish director of Iranian origin Ali Abbasi.

The subject of the film, which deals with a serial killer in Iran attacking prostitutes, particularly touched the actress. She herself was the victim of a vengeance launched by her ex-lover in Iran, and banned from filming when she was a star in her country, she fled Iran in 2008 and now lives in France.

The subtle and courageous writing of Tarik Saleh, Screenplay Prize

Author and director of the excellent Boy from Heaven, Tarik Saleh had been noticed in 2020 with his superb thriller Cairo Confidentialwhere he attacked the regime of Egyptian President Hosni Mubarak.

In Boy from Heaven, the filmmaker stages a young fisherman embarked despite himself in the politico-religious meanders at the heart of Egyptian power. A high-risk subject handled by a master’s hand.

The Golden Camera for “War Pony”

The Camera d’or 2022 rewarding a first film, all Cannes selections combined, is awarded to war pony by Riley Keough and Gina Gammell, a film selected in the “Un Certain Regard” category: “Cis one of the wonderful movies this year. I am very happy that this wonderful film is highlighted. Thank you to the jury for recognizing our wonderful film. It’s a dream for us“, was moved the director.

The Palme d’or for short film for “The Water Murmurs”

The 2022 Palme d’or for short film is awarded to The Water Murmurs, by the Chinese Jianying Chen. “JI am very happy to see that my courage is highlighted. I hope that films can change things, especially in China”

The Special Mention for a first film was awarded to Map 75 by 45-year-old Japanese director Chie Hayakawa. “The director begins by making a first film. I am very happy that this film, which means so much to me, was selected at Cannes. Someone told me that it was a necessary film for us who live in this era and I thank him, I was enormously touched.“